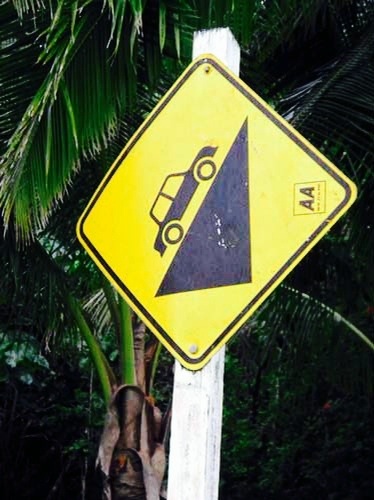 Hoping not to see any more X rated monkeys I set off for the big one, 72km from Dambulla to Hill country capital Kandy. The ride started well until I encountered my first hill, and then another, making the first 10 km feel like an absolute eternity.

Despite the clue being in the name ‘Hill Country” I hadn’t really thought about hills and their impact on my pace. I had been spoilt by beautifully flat asphalt roads from Anuradhapura to Polonuwarwa, so climbing almost 400m in the first hour came as a bit of a shock, more so when my chain came off with a massive CRUNCH .

As I stood baffled, seems there are some advantages to traveling as a solo female. Within 5 minutes I had 4 men working to bring Bianca back to life. A short stint with the village mechanic followed and we were back on the road, but there was still 62km to go and the day was starting to heat up. 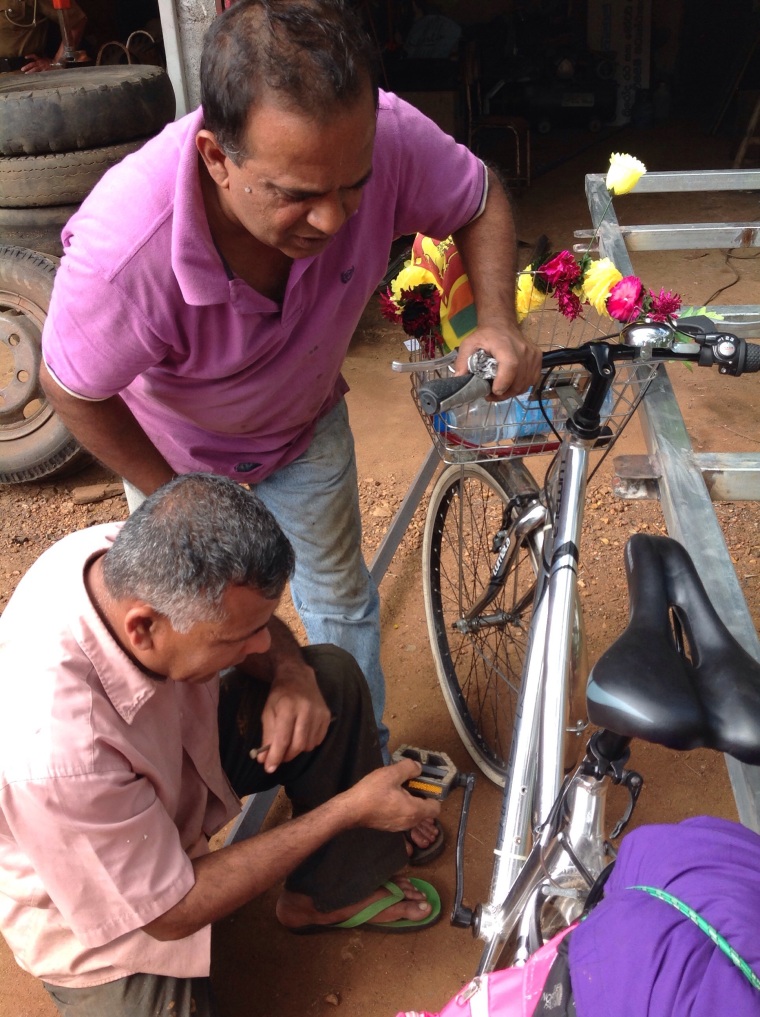 One great thing about doing this alone; no one to bear witness to how utterly horrific I looked in the heat of the midday sun battling yet another hill. I hadn’t worn make up for days, was wearing boys clothes and had a face so red I resembled a human Babybell, still the scenery was beautiful as ever, even if I was not.

Setting off from Matale with 28km to go (and a slightly sore bum) I was optimistic, I can have this done in an hour and a half and be drinking tea by Kandy lake in no time.

Oh no. Oh no no. Those hills I mentioned? Mere molehills, humps, teeny weeny tiny bumps in the road compared to what followed, an almost comical horizontal mega hill that I could barely walk up never mind cycle, and just as I started to walk the heavens opened, like they had been saving themselves just for this very moment.

I’m still not there yet?! 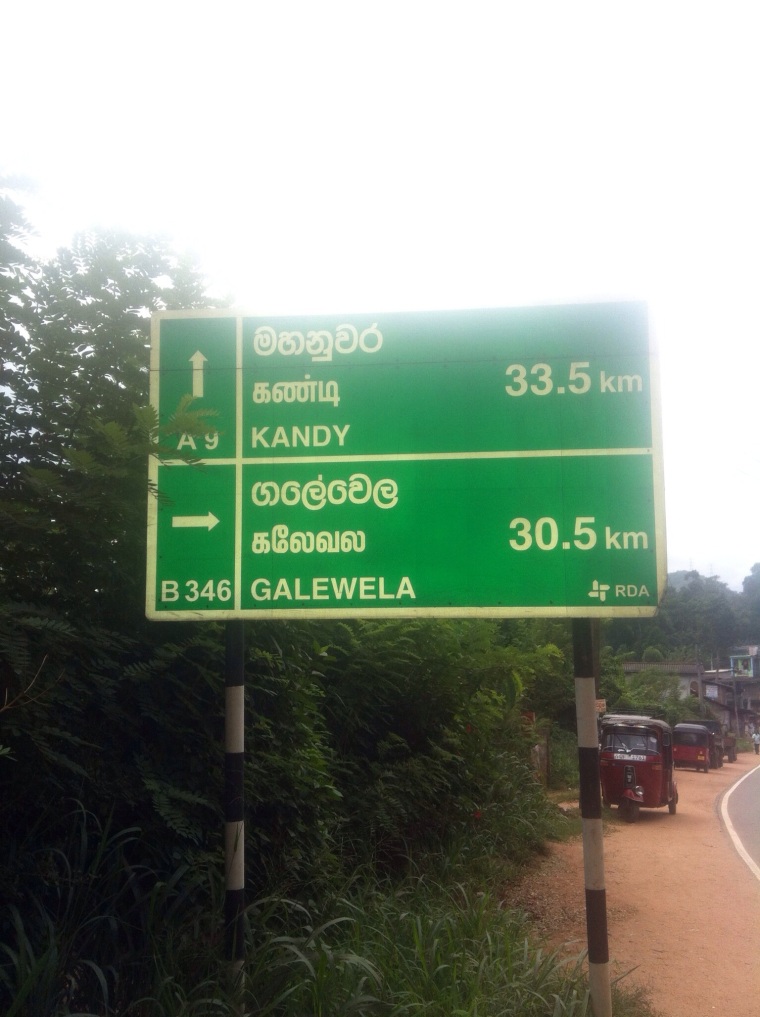 I was so utterly miserable I thought about trying to hitch hike, but I persevered and after 2km of walking the road began to look sensible again to take me the rest of the way to Kandy, arriving 8 hours bedraggled and mud splattered, yet quietly pleased with myself.

A relaxed day followed where I met Albert, the worlds happiest man from Puerto Rico. Shunning the temple and other expensive tourist sights we had a fantastic afternoon of beer, curry, buying hipster shades and putting the world to rights. The next day we took the train to Nuwara Eliya which for a mere 150 rupees (75p) was a beautiful journey through hills and tea plantations.

Now I know this is cheating a little but I was still traumatised by the ride from Kandy and couldn’t think of anything worse than climbing 1,200 meters to Sri Lanka’s highest city. My Dutch friends on the other hand were braver souls than I and meeting for a beer that evening described it a one continual horizontal mega hill for at least 20km. “We’ve lost a few years of our lives today” they said, and I didn’t doubt them for a minute.

Waking up in a tree house style lodge I wasn’t really in the mood to cycle, suffering from a sugar induced hangover after being rained in the previous day eating my weight in biscuits (Sri Lanka runs on refined sugar). Still I had 62km to cover and I knew that 28 of them were downhill so I didn’t think it would be too difficult.

Named ‘little England’, I was surprised to see how true the nickname for Nuwara Eliya was, from the adorable pillar box red post office, Victoria Park and fields full of cabbages, radishes and onions. Even the cows looked more English here, grazing in fields, nothing like their street walking indian counterparts. 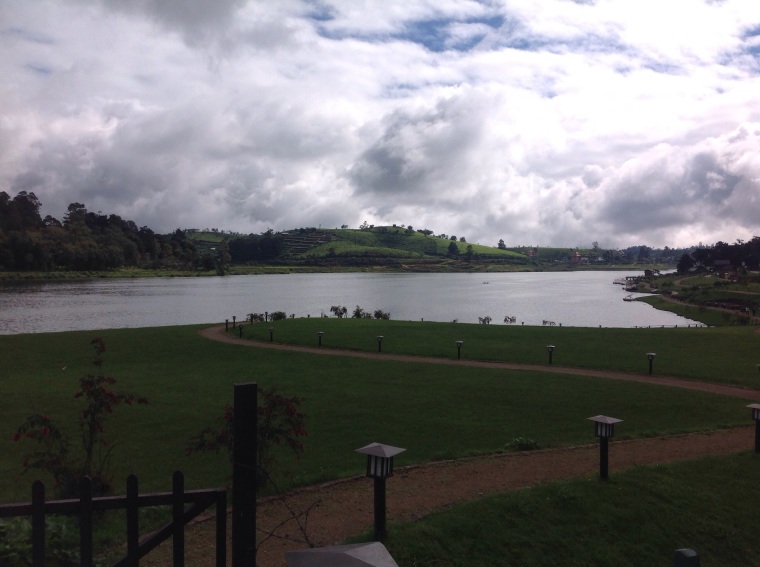 As well as fields of cows and a few horses I spied rose gardens, manicured hedges and even roadside sellers offering strawberry jam. This really was an English parody! The only thing to bring me back was the deafening noise of red battered government buses puffing out almost comical clouds of exhaust smoke.

On descending I was surrounded by a fine mist that lay like a blanket just above me. When I was little I always wanted to live in a cloud and here I was now cycling through one! It really was quite surreal, and a wee bit magical. 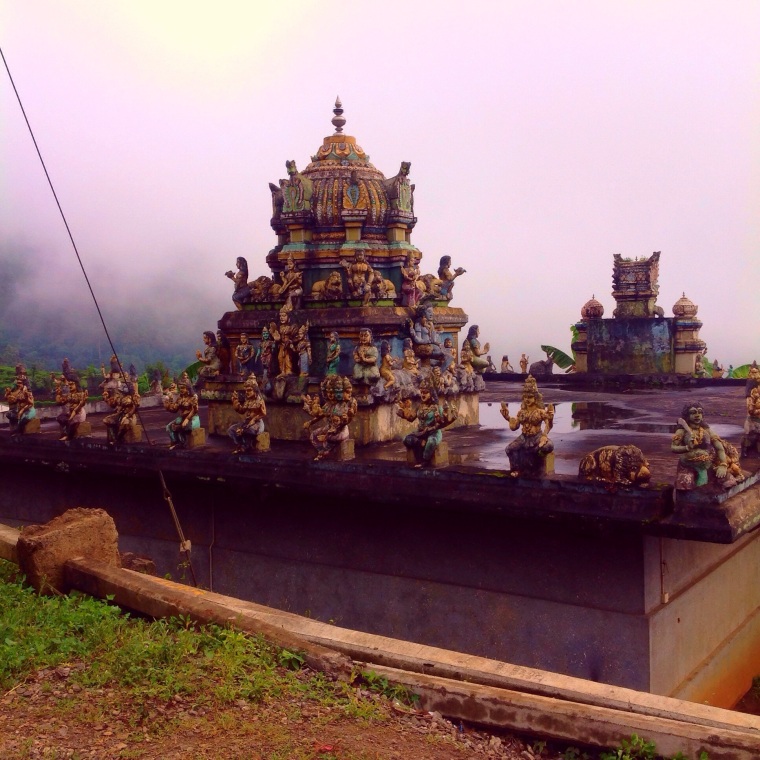 “Thou shall not PASS!”

Relaxing in to a downhill stride, all was well until a dog bolted towards me from nowhere barking at the top of his voice. Such was my surprise I screamed right in his face, a tactic favoured by my cyclist friend Clara and despite not having the same aggressive sounding Dutch ‘ggggg!’ he vanished as quickly as he had appeared.

This was however to mark the start of ‘dog gate’ episode two..

Taking my first B road to Bandarawela I was confronted by yet another, sauntering in to the road, eyeing me up and holding a gaze that that said (in a dramatic Gandalf-esque voice) “this is my patch and you and your fancy bicycle will not pass” . I got past this one with the help of a man on a motorbike but more were to come, rudely disrupting my cycle stride as I had to dismount and walk round them.

Safe to say I’d just about had enough of them and their territorial bullshit after 40km and was getting rather grumpy.

I finally made it to Bandarawela, a town that seemed entirely populated by school children and had a further 10km to go. I almost thought about hitch hiking again as I was muddy, smelly and up to here with hills and dogs but I pressed on, and the 567 waves and cheers I got gave me a burst of enthusiasm.

It was a blissful ride downhill for 7km, but what goes down must come back up and a steep 3km climb accompanied by a truck load of rain followed.

Just as I was psyching myself up for the guesthouse trawl a man appeared promising a 2,000 rupee room with all the amenities I could wish for, he would even put the bike in the van and take me there. Too tired to protest I agreed to check it out and I arrived at the cutest little house with the cutest little room (heart bedspread, they must have known I was coming) complete with a….a HAIR DRYER.

It had been three months and I almost wept tears of joy. And so the trials of the day seemed to melt away and I settled down for an evening of washing my hair…