Perhaps its waking up in a dorm surrounded by odd shoes, empty litre bottles of wine and a smattering of passports which has got me inspired again to write something after 7 months..

Bouncing out of work on Friday to come up to Sydney for uni and to meet up with Claire, my former housemate from London I was excited for the weekend, but still very much in work mode knowing I had 16 hours of law lectures to get through. 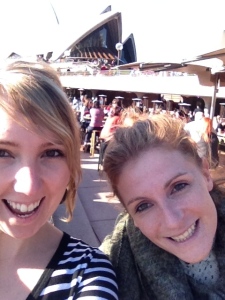 A break from lectures

On refection after spending the weekend drinking wine, hanging out and making friends I think I have been rather stressed of late. I’ve had so much on and it’s only July, yet i’ve had more changes in 2015 than costumes for T Swizzle on world tour.

Yes, on my quest for true love, the law and living the kind of life I would like to read about in a book I was actually a little bit knackered.

March really brought about the first big change, bagging a great job in policy I was thrust back in to the working world without so much as a day to spare after finishing working on the farm and my last exam. My home and routine changed overnight and after studying ferociously to not fail my exams (I later passed with flying colours) I felt rather dizzy from the change of pace of having only animals for company to writing briefs for the Minister.

Next came finding my own place. I loved living with Mr S for the six weeks or so it took me to get my first pay cheque but we were literally living on top of each other and I couldn’t see what I owned which I am sure most will agree is a less than ideal situation.  I went with the first one I saw, living with two cool dudes in Braddon, Canberra’s closest offering of trendy, a location choice I hope will bear fruit in the summer when it FINALLY starts to get warm again.

Then came more study, trying to line up work experience, looking for jobs as Immigration insist that I have to move round every six months whilst working to prove that hiring a working holiday maker was a good idea for the ACT Government.

So when it was put to me this weekend that I was ‘ a real person’ (i.e. primarily on the basis of working in an office and having free unimpeded access to an oven) I agreed that I was, but part of me did still want to return to the life of carefree fun and sharing a room with strangers.

‘I want to go everywhere’

Good thing for me then that Mr S, the man who so happily changed my trajectory wants to ‘go everywhere’. 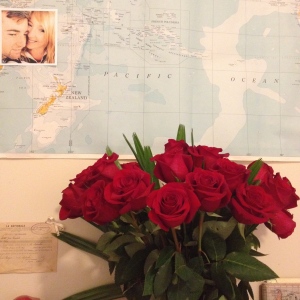 I love this statement – I want to go everywhere. It’s like music to my ears, but also coupled with ‘I want to go everywhere and do the thing I love’ which for him, (on us moving to London next year) will be working at Google and for me getting an internship at the UN doing Space Law or my first job as a baby lawyer.

In the course of my being busy and ‘real person’ like I had lost sight of all the exciting things to come, all work and no play certainly make me a dull girl. However I think this is just a matter of perception, because I really do think you can be both a real person and do and see lots of things along the way creating your own version of what a real person looks like.

Realising this this weekend has given me a lift and made me count my blessings, which could have been the introspection or drinking ouzo in a greek restaurant with Claire at 3am, who knows.

Still, I’m grateful for the friendly face from home, the brief return to dorm life and Mr S and his infectious curiosity…I can’t wait for the next adventure.

2 thoughts on “A Weekend Traveller”