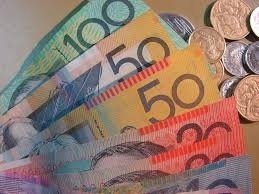 Everyone told me Australia was expensive. But holy mother of god did I not realise how much until I got here.

Relaxing back in to my student days at Back of Chapel Hostel in Melbourne’s trendy south, I didn’t think I was spending all that much. Sleeping in my day didn’t get going until noon and even after that I wasn’t doing a great deal aside from lounging around and observing the rubix cube fascination that had seemed to take over the house.

Unlike some of the hostels I had stayed in in Thailand I didn’t hate this one. An old house with period fireplaces and a big communal kitchen made it feel just like being back at uni, and the fact that it was single handidly keeping the Australian goon* industry alive only added to the experience. In short I felt about 19 again and didn’t have a care in the world.

This attitude also extended to the idea of finding a job. ‘I’ll just give myself a week or two to settle in’ I said, after all I couldn’t even navigate myself across the the city without getting hopelessly lost. Many a fun night followed and after catching up with some Australian friends, not to mention being reunited with Bianca thanks to my friend Lew who I met in Rishikesh, I started to feel that maybe it was time to start the job hunt and just casually check in on the bank balance.

Why I decided checking my account after a particularly big night was a wise idea I will never know. Calculating that I’d gone through about $1400 in two weeks (£700) I started to feel even more sick than I already did. They should put some kind of banner on their website to stop anything like this happening again – don’t drink and bank kids!

Where the money had gone I wasn’t quite sure. I’d had days where I’d only spent $10! How could I have gone through so much? I didn’t have any new fancy clothes to show for it, no adventures gastronomical or otherwise, only a few bits from the op shop and a couple of good nights out.

So I came to my own conclusion that Australia is a cash vortex which gobbles up cash until you start contributing something back. It was time to find a job.

In the meantime I had to live on as little as possible whilst I registered with agencies and gave myself repetitive strain hitting the ‘apply’ button on Seek. With a cheaper room for a week thanks to Gen moving in to a sublet and letting me share, I concluded I could live on $200 all in.

As it currently stands on Thursday evening (and I’m getting ready to go to the pub) I have $25.20 left in the kitty to get me through until Saturday with rent paid until the end of the week. Not only does having a budget teach you self disciple it also gives you an interesting insight in to yourself when you write down what you spend your money on, my main purchases being coffee, frozen yogurt and shoes from the $2 bin.

Will I make it through until Saturday? Will I become a fully fledged human being again with a job, bank account and Tupperware lunch in the next few weeks?

Stay tuned to find out. In the meantime I hope you have a great Easter break! In the life of one who is unemployed I will be spending mine in the Whitsunday islands..

Oh and I paid for that one in advance. Totally not coming out of the $200 budget or on my credit card at all….